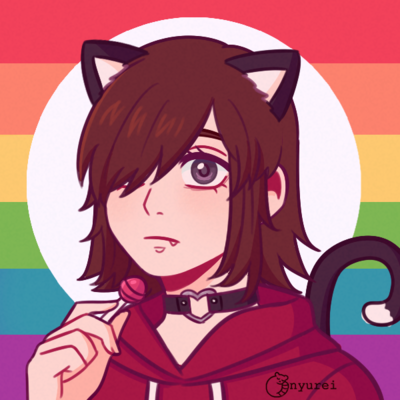 doing the other kind of Internet Crimes

if this makes you scream already, just wait until you see this absolute beauty (the connection turns into 100BaseT-2 and shares the same unshielded cable with a DSL line and an analog telephone line)

@fef oh my. what is this doing? i imagine something as cursèd as the cabling

so i wanted ethernet in my room because the wifi is kinda crap. our router sits in the office room which is on the other side of the floor – direct distance: around 7 meters. however, things are not quite that simple. to understand the full extent of what this means, i'm gonna have to digress for a little moment.

the DSL line we suck our Internet out of enters our house in the laundry room in the basement, where the second picture was taken. from there, several permanently installed telephone cables go into all sorts of rooms, one of them being the office where the DSL modem/router sits. simultaneously, there are several empty cable canals going from the attic into other rooms around the house; including mine, but not the office. this might seem odd from today's perspective, but at the time the house was built—the late 90s—it was somewhat reasonable. you had your telephone wires going from the basement to wherever it might be useful, and the satellite dish at the roof could distribute its signal to a lot of other rooms that might want TV in the future by simply filling the empty cable canals.

so besides power lines, my room has no outside connections except a single empty cable canal in the wall that goes to the attic, and i somehow needed to get into the office that has nothing besides a single permanently installed telephone cable going into the laundry room. additionally, my dad (who is terminally boomer and owns the house) didn't exactly approve of this entire operation (my parents are currently on vacation and have no idea what's going on lmao) so i needed to be kind of stealth about it. that means i couldn't make any modifications that would have a visual or functional impact except for the attic, which my dad doesn't seem to really care about.

alright, now to the actual implementation. as it turns out, the only room that has a connection to both the attic and the laundry room is the hobby room in the basement. so i decided to buy 50 meters of ethernet cable along with some other useful stuff like connectors and sockets and made some fun little connections. the result is this: my room now has an ethernet connection to the attic, and from there all the way down to the hobby room in the basement (this is where i took the first picture). then, it clamps onto an existing telephone wire that goes to the laundry room, where it needs to share a thicc 12-wire telephone cable with the DSL connection up into the office room. luckily, that cable ultimately ends in a dual 8P8C socket of which only one port is used for connecting the router to DSL, so i could just wire up the other port and voilà, ethernet from my room to the office! since we only have a 100 MBit/s Internet connection anyway, it's not even a problem that the wires are so crappy. and DSL obviously doesn't give a shit about anything either.

oh, one last thing: the two connections in the hobby room—to the attic and the laundry room—are spaced around 2 meters apart, which is why i had to run the ethernet cable on the surface there. that's not too bad though, because it just so happens to be behind a big shelf, so you can't really see it.

@himbeer @fef one could argue even for tech-focused companies @LittleFox i'm impressed, and it always surprises me how well modern hardware seems to be handling garbage connections. as another example, my wife recently managed to run gigabit over 20 meters of category 4 cable. i'm kind of tempted to try and run gigabit over mine as well.